Please first peruse my event log here. I think I’m done for the year so it’s time to wrap that up. I guess I ended up talking about the meta (eg., flying). 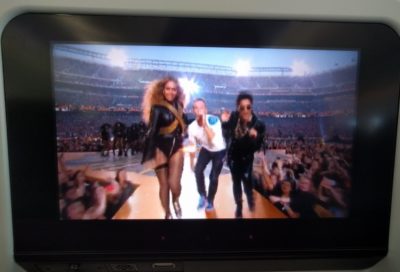 (I watched the 2015 season Super Bowl, live via satellite TV, inside of an ANA 737. That has to count for something!)

Here are my tallies, should you care. I’ll try to keep to the key metrics.

YTD Premier qualifying miles with UA (namely, how much I flew; this includes some work flying and excludes 1 TW trip): 80989 – This gives you an idea how much I flew. Big picture view.

Cons: 2 TW 1 JP CAN 2 USA 5 Total 10 (the TW/JP ones are trivial I guess, so really just 7) – More a personal apples-to-apples comparison to my less-jet-setting years (5 anime cons a year was a lot at one point in my life). In retrospect I wanted to go to fewer cons, and I achieved this. The trip to Otakuthon was really not that bad because I caught a ride home.

US-side live shows (excluding con-related): 3 – In retrospect I am super glad I caught Aoi Eir that one time in NY. Perks living near a great city is still there no matter how much I fly. 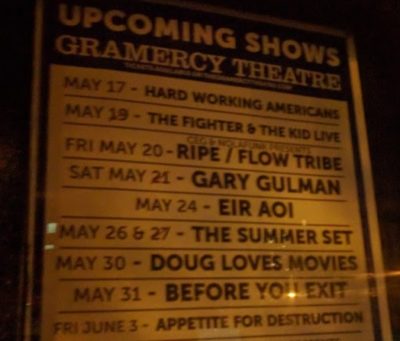 As JAL and ANA now offer more HND flights out of JFK, it actually meant I landed in NRT only twice this year, from the USA. Haneda is just a much better location if you can wing it. Just a tip, when pricing out flights do take into account the 2-4k yen it takes to transit between NRT and Tokyo, making the HND flight even better, somewhat.

I also engaged in more credit card signup churning this year than ever. I’m basically paying for my flights next year using the reward points from signup bonuses via the Chase Sapphire Reserved, and it can pay for quite a few thanks to the recent sales to Japan and Taiwan out of the USA. If it can be said of ballers in Asia who can weekender to Japan 10, 20 or more times a year because it cost less than $200 to take a redeye to and from their home airport, at least I get a few trips for nearly free.

It’s not a lifestyle I recommend–but it’s not uncommon to travel a lot in your younger years, should you choose. I think the assumption is that once you settled down with a family, this is not really viable, and that’s probably true. Instead of generic tourism all over, I end up vising Japan a lot. It’s not the worst thing.

[At least, it’s not bad until you get screwed over by Daylight Savings time. The perfect weekender return flight for me leaves HND at 10am on Monday JST and lands in JFK at 9am, if we go by standard time. It’s 10am if we’re on DST. That one hour really sucks for me. Can we just abolish it because DST is a sham anyway? Is this the real reason why I’m going to ML4th? LOL.]

As for flying with UA/Star Alliance, I’m in this zone where I’m blissfully ignorant of what other alliances can offer (although JAL is tempting), but also at a place where I provide enough value as a customer that UA dropped me a couple free regional upgrades just trying to be competitive. To be sure, I have no affection for UA and I engage my business with them at arm’s length, just trying to maximize the value of my purchases. Living in this part of the NYC metro area, flying UA is mostly out of necessity as EWR is their main east cost hub and I’m 30 minutes away (as opposed to 1-2 hours from JFK or LGA). Thankfully UA also recognizes this and provides good value so I can put up with what failings they have. Plus, I also have the luxury of flying in/out of JFK due to my work being in the city, so Star Alliance partners can pick up UA’s slack where needed. On that note, thank God that generally I experience little interruption when flying this year. The one time it did happen it resulted in a late landing into HND after midnight, but not too late for me to catch the last bus into the city.

All the domestic flights I’ve had with UA turned out pretty well, and that’s important. Flying to MTL for Otakuthon Saturday, for example, didn’t allowed me any time to dawdle much, so I appreciated timeliness there. I also had a bunch of chances of get upgrades, the most egregious one was an $800 certificate if I arrived into Tokyo a day later for CG4th, which would make me miss day one. There was another flight where I could’ve gotten $120 if I flew back to EWR earlier (no transfer) and downgrade from business, which I had to decline. Well, the voucher life is not for me since I have to be at work and already am flying with thin time margins. 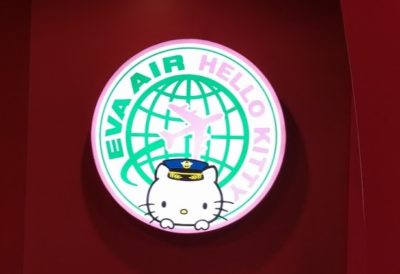 As someone who is not the tanoshi type, it makes no sense to me to fly and participate in every event involving my favorite idols. Rather, I see things by the “vacation package” as it were. Some packages are extravagant and wonderful, but if the price or timing doesn’t work, it just make sense to say no. That might seem a little too consumerist, so let me explain a bit more.

The quality of the event, to me, plays a big role. This is kind of why I look down at AFA, even if it is by all means a pretty fun con. But in my mind, as a North American, there’s Anime Expo to take up this space, feature, or thing. And out of the handful people who fly to both are the type of people who enjoy those events. I, for the record, don’t always enjoy Anime Expo. It’s not to say AFA can be a shitshow like AX is sometimes, as something is always going to be happening at AX and AFA. It’s just a question of do you really have to lay out a grand or two to have the best experience or not, and would the best alternative be just as good or better. And speaking as an American, flying to Japan is almost always easier than flying to Singapore, and probably always cheaper. The lower cost of living in Singapore maybe offsets some stuff, but if you’re weekending, most of the cost of the trip will be flight and event ticketing, so it’s often more preferable than a protracted engagement like AFA. Of course, this is my calculus, and others will find AFA’s friendly crowd and English-language environs much more preferable. I’m still on record of trying to go one year, too, because I know I will have a good time. This year the timing even worked because it overlapped with Thanksgiving, but I opted out because of Lisani TW being the week after.

And that’s besides the point behind why I compare AFA to AX–it’s not the kind of event where I really want to support with oodles of money. I have no stake in it–rather, I’d put that money into AX first, because in light of all the alternatives to someone who lives in the USA, there are so many other things I could do and support that have more direct relevance to me, in terms of money, time and energy. And even then, AX is not even the kind I rep these days… In short: let’s support good events!

As I alluded to vaguely earlier, back-to-back Asian trips are tough. Last year I did it once and it was okay because somehow I really enjoyed the fly back (ANA redeye to JFK) as I passed out like 9 hours straight. This year the closest I got was redeye back from Hawaii, and Japan the week after. It’s probably just as bad in this case, plus returning from a paradise like Hawaii to the sub-freezing environs of the Northeast is a bit of a system shock. I think as I get old (and wiser?) I’m going to be more wary of these trips, no matter how many last-minute arrows are in the quiver.

I can go on, but I think you get that aspect. The ability to hang out with hombres, the need for me to help produce an offkai, or otherwise spread Good Eventing Culture (LOL) are all part of the calculus. Or the fact that Hawaii is, well, Hawaii. If you had a choice where your favorite concert took place, it had better be somewhere close to home or somewhere paradise-ish, right?

One last note: This year I did a bunch of food tourism stuff alongside with eventing. I ate my way to Lisani Taiwan. I ate my way to Anime North. I ate my way inside Montreal. I would do all of those things again if I had the chance. What’s good in Phoneix? I should have some free time at Taiyoucon…

I think I’ve settled down in this pattern. I’ll fly for IM@S, WUG and Trysail. Depending on the event type I will schedule something around the event in question. Anisama was a bucket list item, and at this point I don’t have too many left(?). For the coming year, I have schedule P-Meeting (IM@S bucket list item), ML4th (since I’m probably committed to this in the near future), and 765MLTW (a bit from column A and column B). I skipped out on a lot of WUG events in 2016 over Trysail or IM@S events, so maybe there will be some balance this year? I don’t know.

I do want to HK and SG again for eventing, so it just comes down to if the right event at the right time happens. Likely it’s not going to happen until late 2017 since my Q1 is already full and Q2 is when US con season begins. There are events and pilgrimages and plain sightseeing that I want to do in Japan still, so I’m trying to save up for those. On top of that there are some social and familial obligations to take cared of. We’ll see I guess as usual.

« Year in Review 2016: Introduction
Hibike! Euphonium! Hot Take »
This entry was posted on Tuesday, December 27th, 2016 at 6:33 pm and is filed under Conventions and Concerts, Introspectives. You can follow any responses to this entry through the RSS 2.0 feed.