AX is upon us again. After taking a break last year I’m back…for better or worse. Thanks to ACJ’s Anison Matsuri this year will be one layer more crazy than the usual barrage of AX guests that are now blowing up the event.  I mean, most US cons would be lucky to land 3-4 of these guests and I think AX has like 50+?? It won’t be just me feeling that Japan would have gotten better bang per buck if them, their industry reps, and others, were able to go to the other cons in the US and spread that love around, only because even with another record-shattering attendance figure, we’re well into the category where there’s too much things going on at the same time. Is it worth running your A+ game against every else’s A+ game? I don’t know. Well, maybe I do have some ideas, and you can ask me about it in person.

And as usual this is too much info for the poor con organizers, so it’s time to step up and dump some links. I’ll try to write this up for Jtor focusing on just the worthwhile ones. Will also try to update as info rolls in. If you have any things you want to let us know please leave a comment. 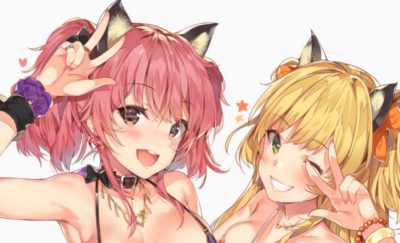 Here are a list of key notes and links. As usual all of this is subject to change without notice! If something is happening that’s important to you, confirm with the industry sponsors or the con (depends on what it is) directly. I’ll put a ? in front of items that’s TBD yet.

I’m skipping the cosplay stuff, but do check those out in Guidebook. Sure is Liver out there. I’m also skipping on most of the guests that are “normal” in terms of their programming, if it’s taken cared of by the con. Just gonna focus mostly on the ones you have to pay extra to do something special, and mostly JP guests because things sure are guests this AX?!

« This Is Dumb
Clinton’s Copyright Platform Is Probably Good for Anime »
This entry was posted on Monday, June 27th, 2016 at 6:02 pm and is filed under Conventions and Concerts. You can follow any responses to this entry through the RSS 2.0 feed.