I just finished episode 82 of the main Legend of Galactic Heroes OVA series, so it’s a good time to do a check point and write down some thoughts. For those of you who don’t know what that episode signifies, it marks the departure of a very important character, and the story takes a turn here in a way. I need the time to let some thoughts sink in a bit, and jot down some stuff before I forget. 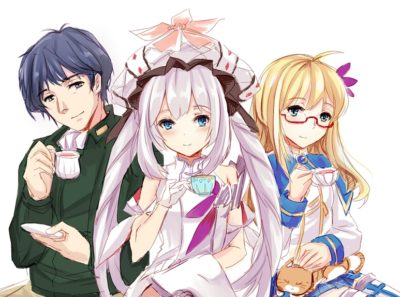 The story moves in a smooth chop, and so far the thing I admire and like the most about Ginga Eiyuu Densetsu is how it combines some pretty interesting characters along with a breakneck pace of long, drawn out events that happen in a short narrative period, all to make a few points. Actually, what I like maybe just as much is how funny this story is. Like, at times it made me laugh more often than most Gabriel Dropout episodes.

The humor, at least for me, come and go however. Basically when the story is focused on the Imperials, it gets just kind of dry and it becomes a narrative driven by Reinhard’s charisma and a curiosity regarding to his destiny. When it’s the Alliance’s turn, they talk about everything and it’s quite clear what everything is about, what the attitude the show takes towards the topics it tackles, and the Alliance characters and character writing are just way more funny? There are the occasional colorful Imperial but it doesn’t help that characters like Mittermeyer are all serious, all the time.

Anyways, the story is moving toward the final act and I’ll have more to share after that. I don’t think this show will make my top whatever list or anything, but it’s a very strong, story and plot driven affair that oddly feels politically relevant even today. It shows its age like a good whisky does (even if it’s from El Facil). In some ways, this is one science fiction that is politically prescient, which makes it noteworthy on an entirely different echelon than the usual anime silliness that I rank things with. Any show that can withstand the test of time, IMO the toughest test of them all, will reward you shall you reward it your time.

PS. So it got licensed while I was watching this show? And yeah I’ll be ready for the reboot, actually looking forward to it somewhat now.

« On ScarJo’s Ghost in the Shell, And Faithfulness
The Meta Game: 2017 Spring Edition »
This entry was posted on Thursday, April 6th, 2017 at 10:52 pm and is filed under Ginga Eiyuu Densetsu, Modern Visual Culture. You can follow any responses to this entry through the RSS 2.0 feed.