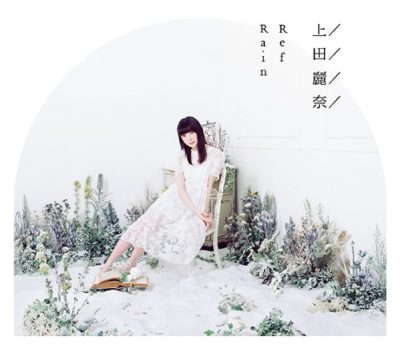 There’s a bit I want to say about seiyuu debuts in 2016. For start, a lot of them did. Nunu and Naobou were remarkable because it has to do with something behind the scenes clicking for them as artists, for them to sign up now, as opposed to 5 years or whenever ago. Do you remember when Pikasha was still Mio from K-ON? It took her a few years and we were wondering why–and now we kind of know. It’s not like Mocho and Nansu’s fated solo careers as Muray artists–these are different. The Nunus out there, hopefully, are more like the Ueshamas of today. It’s kind of like the tumultuous changes with Koshi, one moment King Record’s rising star and today not even with the label? What’s really going on? Actually that could be asked of anison at large. Because, in a sense, what are people looking for in this kind of music? I think you’ll find my biases kind of clear.

In some ways 2015/2016 are definitely turning point years. I guess maybe if fortunes would have it, I’ll get Pirami first album soon-ish?

Here’s a list of seiyuu full length album debuts in 2017, including seiyuu groups, that is at least worth a listen. I already have one album in mind not qualifying but mentioned below anyway. Why do I have this list? I just went to here and looked up the relevant entries under the guy’s solo female seiyuu and group female seiyuu pages. Keeping it to debuted album is a little arbitrary but it narrows how much work I have to do. I guess I’ll just walk it and rec the ones I like and keep a few others in the runner up and others sections.

Machico – Ambitious: This album is possibly one of my favorite pickup for the sake of just listening to junk generic anison in my head. The songs are fun, and what’s more important is that her vocals fit them really well. As you may know, she’s basically resident high pitch, so it’s an acquired taste to begin with. The CD didn’t do so well when it first released back in June, but I think people should give it a try.

Trysail – Sail Canvas: The first barrage from Muray’s second generation is as middle of the road as it get artistically, however it riffs on all the things people actually like about Muray’s SOP. They’re fun, diverse set of tunes that play to the strength of the triad. It’s the kind of music I can loop and drive to.

Ohashi Ayaka – Kidou ~START UP~: If you like the most inoffensive, sweet seiyuu vocal to the most inoffensive sweet anison then this is for you. It’s possibly even more generic than Machico’s but I guess the two do share some similarities on the production end. The strength of the tie-ins are much more there. It’s not a “runner up” only because I often find myself listening to it because it’s got that soothing, “yhelo there checking my brains out atm” quality to it, without being too upbeat. Gotta give credit where due I guess.

Ueda Reina – RefRain: If I were to have any hipster creds I have to include Ueshama’s art project on any kind of list of this nature. I’ll be perfectly honest, it is sort of sophomoric. But the fact that she is given the latitude and good will to produce music like this is worth noting. Is this even sustainable? Both in terms of sales and how long will it take her to make a full album? Who knows and I don’t really care. It’s worth your time (especially since it’s a mini-album).

Amamiya Sora – Various BLUES: I like just that one track, which was the C/W to Velvet Rays. The rest of the album kind of roll her occasionally invigoratingly drawn vocals in the same sort of thing over and over again, and she’s just unable to raise them to the next level. Maybe if she wasn’t so hung up on blue it would have been to her advantage…

Hayami Saori – Live Life Laugh: By far my most disappointed 2016 pick. Her voice is there and every pressure wave of it is as gorgeous as it can be, but these songs suck butt. It’s kind of like her Anisama performance with Takagaki Ayahi–great idea on paper but they surely can pick a better way to approach Komm susser, tod??? It’s only “runner ups” because it’s still worth listening to once.

Uchida Maaya: Technically PENKI came out December of 2015 but my experience with it is thoroughly 2016. I didn’t like it one lick. Maybe there was one song on it that’s any good (Gimme Revolution?). Drive-In Theater, which is her Jan 2017 mini-album, on the other hand, is way better. And I think it’s sit-up-and-take-notes better. While a part of me still just want her to focus on acting, gravure, and maybe live action, the music stuff could work with the right production.

This also reminds me of Tadokoro Azusa’s 2016 album, which is miles better than her generic seiyuu nonsense of a debut album–It’s My CUE is my pick for fave 2016 seiyuu music. Who knew the switch to rock was all that she needed to sound awesome?

I listened to Pyxis’s First Love 注意報! and it just makes me miss SylipS badly. Not that it’s bad or anything. I mean, it sure wasn’t as bad as Watanabe Yui’s Tokuma debut. Ugh.

Oh, there was this in 2016 wasn’t it…and yeah pass! I’m not really one who can judge with my penchant for lobotomized HoriPro musical treadmills. That reminds me, one of these days I need to poke the Everying album with a 10′ pole or some such.

« Producer Meeting 2017
Why Seiren? »
This entry was posted on Monday, February 6th, 2017 at 6:39 pm and is filed under Introspectives, Modern Visual Culture. You can follow any responses to this entry through the RSS 2.0 feed.